Over the years, the NFL has morphed into a passing league. Makes sense.  The fans want to see big plays down the field and they want those big plays to go for 6.  Unfortunately, there’s always a few teams with absolutely no clue who will be calling those plays.

In reality, you’re either backing up a pro bowler and collecting a pay check knowing you will never see the field unless it’s garbage time, or you’re backing up a dog shit QB who the entire fan base hates.  In this case, you’re automatically a fan favorite and in the eyes of those fans, you’re one of the best players on the team.

The following signal callers aren’t sure which one they are yet. 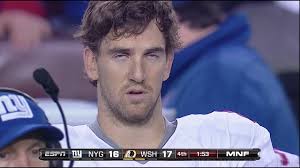 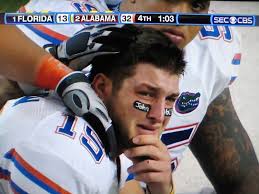 Another year and another big question mark at quarterback for the Brownies.  But you can’t be mad at this point, Browns fans. This year going into camp to watch competitors as talented as Hoyer and JFF.  Hoyer backed up TB12 and was able to study and break down game tape with the Hoodie in New England.  Hoyer is a smart QB who studies the game but he never was considered a superb talent.

Johnny Football.  One of the most electrifying talents to come out of college football in forever.  We saw how this dollar rolling, champagne sipping, defense eluding kid from the SEC took the college football scene by storm.  However, there are questions on if his style of play plus his excessive partying can translate to the NFL.   It will be intriguing to see how JFF’s style of play can fit into the hard nosed AFC North but Mike Pettine can’t be too comfortable with putting the face of Haslam’s franchise into the fire so quickly. 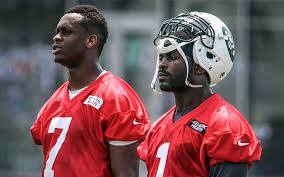 Being a QB in New York has got to be the worst.  If you’re the starter playing like shit then you have the media ripping you every chance they get.  At the same time, those same maggots in the media are drilling the backup asking if he thinks he should be starting and if QB1 sucks balls.

Geno Smith showed flashes of promise in 2013 but with 21 picks, he didn’t show he could be dubbed a franchise QB.  Geno doesn’t seem like the type of QB who will grind in the film room and work on his craft off the field as well as on the field.

You can never sleep on Mike Vick.  You can also never really trust Vick.  Even though the 33-year old scrambler has shown he can win, he has looked like he can’t lead an NFL offense in tight games. Matt Cassel is at that stage of his career where he has shown he can be a quality backup but can’t take the full time reigns.  The guy never started at USC and was still drafted!!!!!! With a successful season in New England backing up Brady after he went down for the season, Cassel was able to parlay that into a payday with the Chiefs.  Then he looked like a backup again.

Christian Ponder simply is in the running because of his draft status.  Mr. Samantha Ponder was drafted way too soon in the first round and has not looked like a first rounder ever since. Christian shouldn’t have any complaints because he got $10 mil guaranteed and he gets to shovel passes right into Sam Ponder’s tight end.  Where do I sign up? Have you even seen Blake Bortles’ piece of ass?  Kids, take note.  If you want to pull super hot squirrel then you either need to learn to throw a football or have a gazillion dollars with a 13 inch crank.  Blake Bortles could be the next Tim Couch for all we know but that upset he pulled off against Baylor in the Fiesta Bowl this past year opened a lot of eyes.  Probably not as many as his chick though. 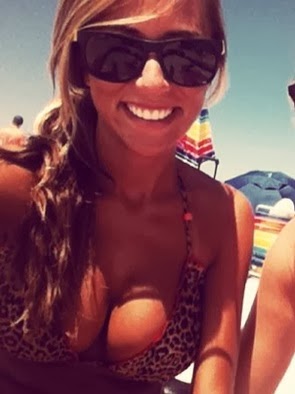 Chad Henne is a wildcard.  He showed a little talent in Miami and has since looked serviceable in Jacksonville.  The thing with the NFL is you need a starting QB who can take you to the playoffs, not a dude who can keep you at .500.

(simply because I want to see his dime on tv as much as possible.)

We all know who king dick is in Beantown.  There was a rumor making it’s rounds with self-proclaimed insiders that Ryan Mallett could be on the trade block after how well he has looked this year in camp.  Garoppolo came out of college pretty highly touted which is why it was a questionable move for New England to grab him in the second round.  This isn’t a question of will Mallett beat Garoppolo out for the top backup spot but will Mallet play well enough to get traded and land a starting job elsewhere?