Former NFL wide receiver Antwaan Randle El had a respectable career with stints on the Washington Redskins and Pittsburgh Steelers. Randle El is most known for a clutch touchdown pass on a trick play in Super Bowl XL against the Seattle Seahawks but the retired player wishes he could take it all back. 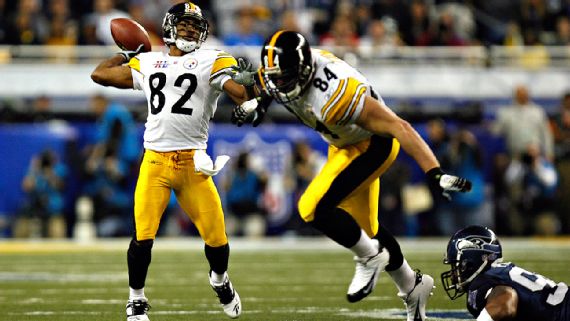 Randle El says he regrets ever playing football because he is dealing with physical limitations such as memory loss and struggling to walk down the stairs.

“I ask my wife things over and over again, and she’s like, ‘I just told you that,’ I’ll ask her three times the night before and get up in the morning and forget. Stuff like that. I try to chalk it up as I’m busy, I’m doing a lot, but I have to be on my knees praying about it, asking God to allow me to not have these issues and live a long life. I want to see my kids raised up. I want to see my grandkids.”

When asked about regret, Randle El says he wished he pursued a career in baseball after getting drafted by the Chicago Cubs.

“If I could go back, I wouldn’t. I would play baseball. I got drafted by the Cubs in the 14th round, but I didn’t play baseball because of my parents. They made me go to school. Don’t get me wrong, I love the game of football. But right now, I could still be playing baseball.”

The final quote from Randle El ponders if the health issues hitting NFL players will harm the future of the game.