When Florida Panthers’ starting goalie Roberto Luongo took a puck to the neck in the first period, he toughed it out but couldn’t get back in net after the intermission.  Al Montoya, the Panthers’ backup, stepped in and gave up three goals before he also suffered an injury.

Since NHL teams only dress two goalies, chaos ensued on the ice as the Panthers’ scrambled to figure out their goalie situation.  Center Derek McKenzie left the ice and headed to the locker room in order to strap on the goalie pads.  Montoya, however, after taking a few moments to gather himself, manned up and went back into the game.

With Montoya back in net, albeit far from 100%, the Panthers’ made an interesting move to keep McKenzie from having to serve as the emergency goalie.  They looked down the bench to goaltending coach Robb Tallas, himself a former goalie, and signed him to an emergency, one-day contract in case Montoya had to leave the game.

Tallas last appeared in an NHL game at goalie in 2001, but this crazy scenario was not new to him. He previously served as emergency goalie on, coincidentally, also March 3, back in 2013 for the Panthers.  The irony was not lost on Tallas, who had this Tweet after the game.

As all of this drama was unfolding, original starter Luongo was in street clothes back in the locker room, nursing his wound from the puck to the neck.  But once he realized his backup was struggling to stay in the game due to his own injury, Luongo went all bad ass and suited back up.  The injured starter wound up finishing the game in net, robbing fans from seeing his 41-year-old coach try and make saves. 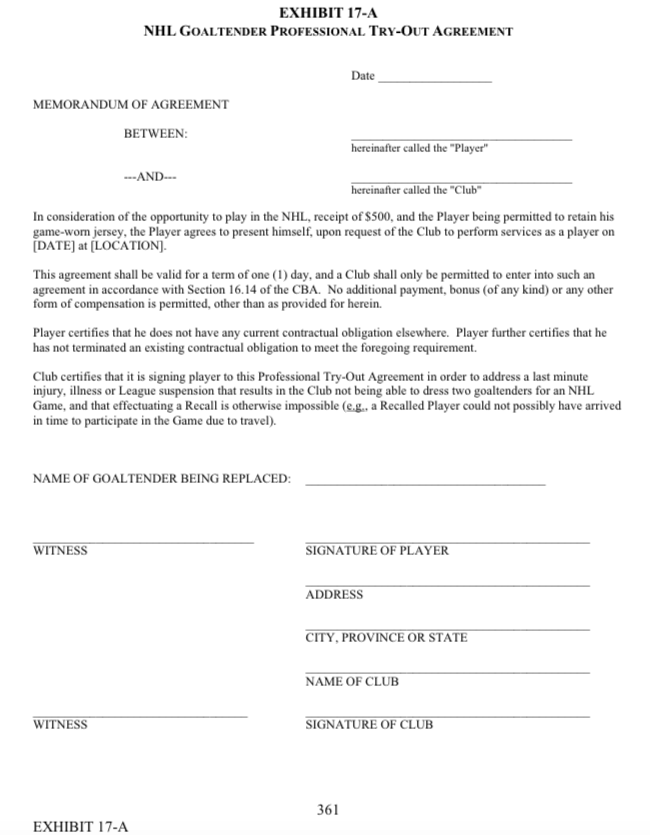