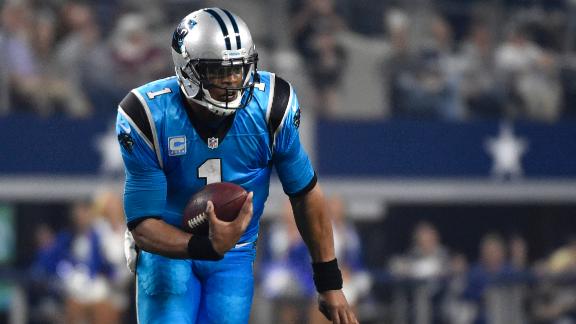 The New Orleans Saints defense is the worst in the NFL and Cam Newton should have an MVP performance against them. This could be one of those games that sees Newton pass and run for multiple touchdowns each. As the biggest weapon on the Panthers, Newton has the best chance at contributing to touchdowns on every drive and New Orleans can’t stop anyone. The price tag is well worth it this week due to the matchup. It’s almost a guarantee that Cam will offend soccer moms this week with the amount of celebrating in the end zone that’s bound to happen.

Ben Roethlisberger is expected to start despite dealing with a concussion related injury. Big Ben has been cleared to practice already so there should be no worries about his status. The matchup is tremendous as the Indianapolis Colts defense allows 273 passing yards per game. That number should go up and the Steelers are one of the most reliable fantasy offenses in the NFL. This game will be a shootout and Roethlisberger is in for one of his best performances of the season.

The small sample size of four starting appearances have seen Matt Hasselbeck become a fantasy viable quarterback. Hasselbeck has delivered at least fifteen points on DraftKings in every start and had his best outing last week. The chemistry is growing with the Colts wide receivers. Pittsburgh struggles against the pass and the Sunday night matchup should be a high scoring affair. Hasselbeck is among the better low priced values this week.