Sports signs have evolved over time from “Go Team! to “The Guy Behind Me Can’t See” to well..really, really funny signs. Congrats to the clever little marketing majors who made the list. The boyfriend to her right is not thrilled about this. Good call hiding behind the glass connector.

This guy’s destiny was to hold this sign. Everything in his life had led up to this moment. And it was perfect.

Chuck Norris jokes are a thing of the past….but this one is pretty good 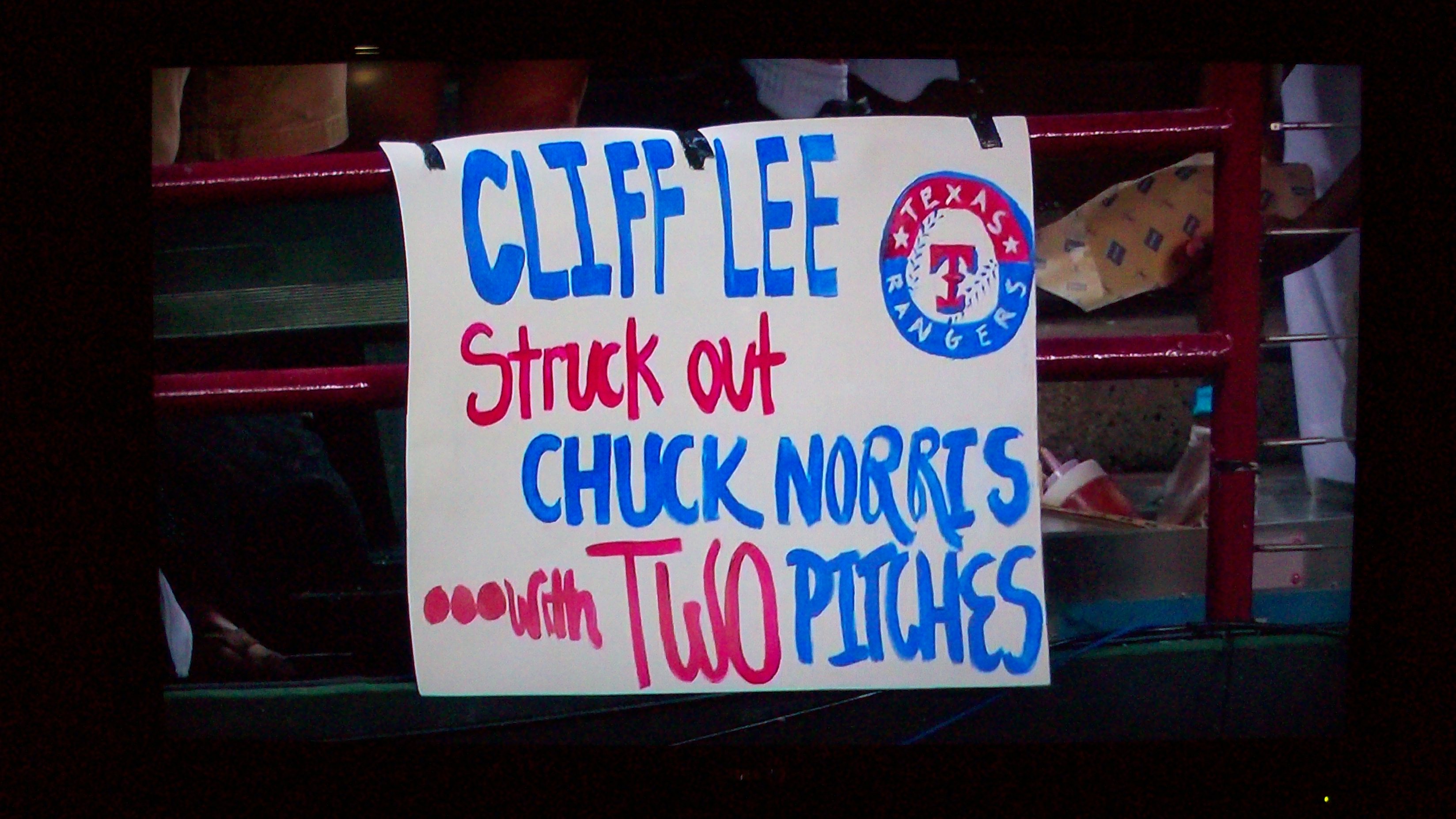 Not often do you see a sign that declares one’s superiority to the iconic Chuck Norris. We have a feeling Chuck gave this sign his blessing before it was used. Might have been beginners luck. Houston roads are tough to drive on. LA’s are worse. Last year, CenturyLink Field was littered with undercover cops in an attempt to keep Seahawks’ fans at bay. Yeah…he’s definitely a cop. Steinel is a guy and he is so pregnant right now. Patric Young made the dunk…but he sure wasn’t looking at the rim. Her husband was holding the sign until he started getting strange looks from the crowd…and the ref.