It’s back!  The National Football League is set to fire up the 2014 season, which only means one thing to millions of us:  fantasy football baby!

There’s nothing quite like having an imaginary team of real men ruining the fun of every single game you watch for an entire season.  Scores don’t matter anymore!  You could care less if Seattle needs to march 93 yards in the next forty-five seconds to kick a game tying field goal, because Marshawn is 1 yard away from getting you another point you need to win this week!  Hand it to Beast Mode!

With your fantasy draft coming right around the corner, let’s take a look at the assholes who will unwittingly do everything they can to ruin your glorious event. Click next to continue.

Can’t Show Up for the Draft Guy

It’s always tough to get 10 guys together, even for something as important as your fantasy draft.  You set the date weeks in advance and plan to have pizza and wings and dank brews on your buddy’s porch.  Inevitably, one of your buddies won’t be able to attend, but he’ll insist on attempting to personally draft his squad remotely.  Maybe his wifey wouldn’t let him out of the house, so he’s at home, following along on speakerphone for the entire night.  That’s not too bad.

The worst guy is the buddy who couldn’t be bothered, and is out at the bar, checking in once a round wanting to get caught up on everyone who was drafted since his last pick.  He doesn’t even have any materials to keep track of his shit, he’s just throwing out names till one is available.

Most leagues consist of fans of the same team.  If you’re in Philly, 90% of the league members are Eagles fans.  This can lead to some serious competition for Riley Cooper.

Even though the object is to field the best team in order to win some cash and bragging rights, there’s always the guy willing to pull the trigger four rounds too early to get his favorite player.

Giants fan has been known to draft Eli with Peyton still on the board, because “this is our fucking year baby!”

Maybe you’re a Browns fan and you’re saving a TE spot for Jordan Cameron.  Doesn’t matter, because the asshole with season tickets in the Dawg Pound is taking Cameron in the third round, even though no one has taken Gronk, Julius Thomas, or Jimmy Graham yet.

Thanks to technology, we can all draft from the comfort of our own home via online drafts.

There’s a level of excitement and professionalism that comes from sitting in an online draft and cracking on each other in the chat room, all while watching the timer countdown to your next selection.

Yahoo! and ESPN do a great job of providing an intuitive interface that allows a commissioner to make virtually no effort.  Everyone’s happy!

Until your buddy’s wifi connection goes down.  He’s suddenly not online anymore.

Only one or two people may notice, assuming he’ll be back shortly.  A few minutes go by and it’s getting closer to his selection, and he’s still offline and running on auto-draft, which he didn’t update because he’s been looking forward to this night for months.  Ultimately, he misses a few picks and by the time he’s back online, he’s been stuck with three tight ends and two kickers.

Now he hates his team and pouts for the rest of the draft and does dick moves like drafting everyone who isn’t on a roster.  He’ll bitch and moan and want everyone to do a new draft, but everyone else likes their teams so there’s that awkwardness, or the asshole in the league throws gas on the flame by talking shit to the guy.

This guy will ruin your league because he’ll probably refuse to pay, and if he does, he’ll stop checking his lineup after week 6 and let the guy you’re tied with into the playoffs because he didn’t set his roster when facing him. 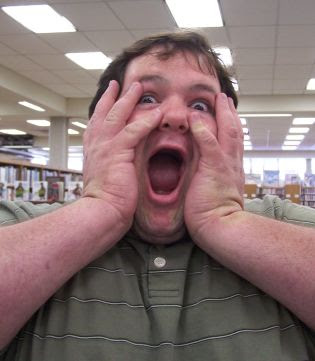 It happens every single year.  The casual fantasy guy in your league shows up, a fresh magazine as his only navigator for the draft.  He’s there to be a part of the gang.  Sure he likes football, just doesn’t give a fuck about the rankings of the rushing defenses Adrian Peterson will be facing this year.  He just wants to hang out at the draft and be on the email chain so he has something to talk about with you when his wife lets him go to the bar for two drinks once a month.

The problem with his magazine?

It came out three months ago and Player X is the eighth ranked wide receiver.

People start drafting receivers ranked in the teens and he thinks he’s got a fucking steal with Player X, so he drafts him in the fourth round.  And then this happens…

Because Player X blew out his knee in the third day of training camp, and is done for the year!

Come to think of it, this guy actually only ruins the draft for himself.  The rest of us love it!

Won’t Stop Talking About His Other League Guy

You’re focused on your draft, but Jimmy Seven Leagues won’t stop talking about the team he drafted two days ago.

Jimmy:  Bro, I nabbed Brady in the fifth round.

Jimmy:  Dude, my other league is a keeper league.  Drafted Julius Thomas in the last round, didn’t even lose a draft pick to keep him this year bro.

NO ONE GIVES A FUCK JIMMY!

If you’re in nine leagues and you win one, YOU ARE NOT A FANTASY FOOTBALL GOD!  In fact, you’re a fucking loser with no life.

You know the guy who talks about his awesome March Madness bracket, even though he filled out fifteen of them?  This is the fantasy equivalent of that loser.

Drafts All the Rookies Guy

Everyone wants to risk a late round pick on Johnny Football this year.  Everyone except the clown in your league who drafts all the rookies.

He’s grabbed two RBs and a QB in the first three rounds and now he needs a WR.  His draft board is down to Randall Cobb, Andre Johnson, and Victor Cruz…and he’s going to make his pick.

Next round, it’s Mike Evans.  A few rounds later, his third RB is Carlos Hyde.

Nothing wrong with taking a risk on the rookies, but every time he drafts one, he reminds you of how he drafted Eddie Lacy last year, as if he didn’t draft 8 rookies and one fucking did great.  He takes all the fun rookies four rounds too early, and now you don’t get to take a chance on Jordan Matthews because you saw like three Vanderbilt games last year and knew he was going to be a stud (you heard it here first).

For your league host, it’s typically Yahoo! or ESPN.  They’re both fine.  Whatever really, who cares, right?

Not this guy.  He wants everyone to know repeatedly that he prefers Yahoo! to ESPN or vice versa.

He’ll bitch about the app or the interface and a few dozen other pet peeves no one else even noticed existed.

This guy?  He needs to just draft his team and shut the fuck up.

Brings His Girl to the Draft Guy

Sports, one of the last sanctuaries for men to be men.  Nothing is more sacred than the few precious hours spent farting and bitching about your significant other or hearing about your single buddy’s recent sexual conquests.

Until fuck face shows up to the draft with his omnipresent girlfriend.

Maybe things start off OK, but then she starts to get bored and do the worst thing women do:  she starts talking.  And she never shuts up.  And she starts asking questions.

You mind if I change the channel?

I’m bored, is this almost over?

It’s rough, but not as rough as you’re going to make his life this season.

Has No Business Being in a League Guy

Sometimes, you lose valuable members of your league.  It happens.  You need to fill up the spots, and desperate times call for desperate measures.

The commish finds a last minute replacement vouches that he’s a good dude.

He may very well be a nice guy, but the fact that he drafted the highest rated kicker in the first round because “he’s ranked number one!” is a bad omen.

Some people just want to be a part of something, and despite knowing jack shit about it, are totally cool with throwing away some cold hard cash to make themselves look like an asshole.

Whether this guy is your buddy who doesn’t follow sports or someone’s girlfriend that wanted to do the league, despite not knowing the difference between a FB and an HB, they’ll probably end up winning your league.