NASCAR legend Tony Stewart will not face charges stemming from the death of Kevin Ward in an accident at Canandaigua Motorsports Park.

Video of the incident shows Ward, 20, exiting his vehicle in anger and walking into the center of the track, as cars whizzed past him.  As Ward tried to express his anger with Stewart, he was struck and thrown by Stewart’s car and succumbed to his injuries.

What kind of person would willingly walk into traffic on a race track with cars speeding by?

Apparently, the kind of person who decides it’s also a good idea to get high and then jump in a sprint car to compete against men at high speeds on a dirt track.  According to the Ontario Country prosecutor, Kevin Ward Jr. tested positive for marijuana at a level high “enough to impair.”  It’s not to say that marijuana made Ward walk into the middle of that track, but illustrates the high risk behavior Ward was comfortable with in his life.  If you’re cool getting high before racing cars, you’re not the type of person to have any qualms with walking into speeding cars.

With Ward choosing to endanger the lives of everyone on the track with him that night, his family has not yet accepted their son’s culpability, instead, choosing to continue to blame Stewart.  Ward’s mother, Pam, told the Rochester Democrat & Chronicle:

“Our son got out of his car during caution while the race was suspended.  All the other vehicles were reducing speed and not accelerating, except for Tony Stewart, who intentionally tried to intimidate Kevin by accelerating and sliding his car toward him, causing the tragedy.  The focus should be on the actions of Mr. Stewart, and not my son.”

Sorry to say it, Mrs. Ward, but your grief is clouding your logic.  Your son is the one who chose to get high and compete with sober drivers at speeds of over 100 mph, at a risk to everyone on the track.  Your son is the one who decided it was a good idea, dressed in black on a dark track, to exit his car and move into the center of the track and confront Stewart’s sprint car.  If reports are true, there’s even a second video showing your son grab the fin on Stewart’s car, which had dire consequences.  Your son’s death was a tragedy, but the blame lies squarely with him and him alone.

The Ward’s could do the right thing and reach out to Stewart and begin the healing process.  Stewart is struggling to move past the experience, and the Ward’s continuing to blame Stewart for their son’s demise is misguided and helping no one.  In today’s litigious society, it’s probably too much to expect the Ward’s to do the right thing.  Instead, they’ll probably perpetuate their misdirected hostilities towards Stewart right to a court of law, hoping to cash in on their son’s tragic decisions that night. 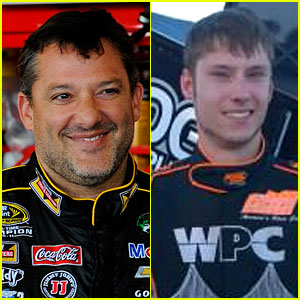