It’s been six years since the Cubs played their last meaningful baseball game — a depressing loss to the Dodgers at home on their way to getting swept in the 2008 playoffs. Since that time, we’ ve gone through four managers and a myriad of players that wouldn’t sniff a contending team’s roster.

Tonight, that all changes. Welcome to the big leagues, Javier Baez!

Touted as the number seven prospect in baseball, he’s the first of the Epstein / Hoyer Cubs revamped farm system to make it to The Show. Yes, at 13 games out of first in a tough Central Division, we’re not delusional. We  know the Cubs are only competing not to finish last (again), but there is finally hope again at the Friendly Confines. 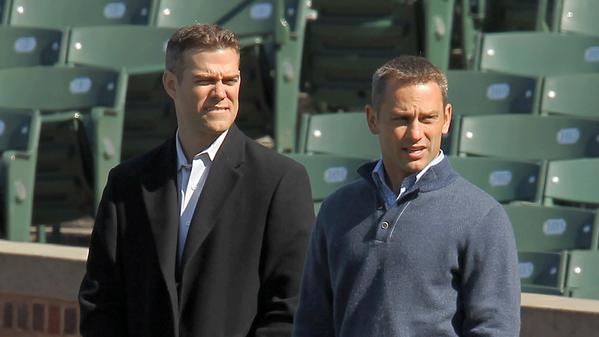 After a slow start to the year in Triple A, Baez has gone nuts hitting 23 home runs and driving in 80 RBIs. A natural shortstop, Baez will be moved to second.

Next year, the Cubs will bring up some of their other top prospects including Jorge Solar, Addison Russell and Kris Bryant. Good things are finally happening in Chicago and I for one am excited about tonight’s game against Colorado to see what Baez can do– something I haven’t said in six year.

I mean, check out how the ball comes off of us hit: