Finally, a big weekend to get excited about for college football… and last night it already got off to a great start. 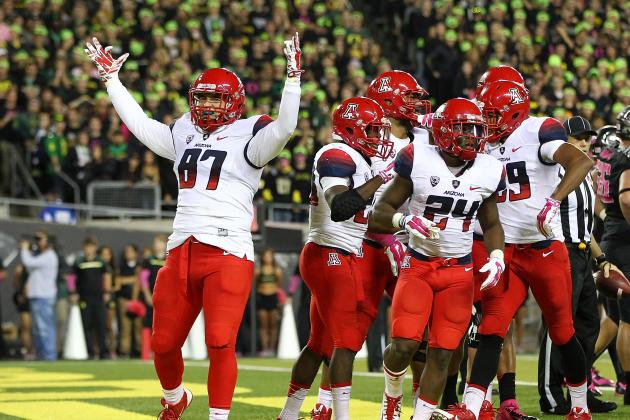 There are two things you can count on in the fall — the leaves changing colors and Oregon blowing their national championship hopes to an un-ranked team. Despite playing at home in one of the biggest home-field advantage stadium’s in the country, Oregon couldn’t stop Rich Rod’s offense. With a chance to win the game with less than three minutes to play, Marcus Mariota saw his Heisman hopes disappear, along with the ball, when he was sacked by Arizona’s Scooby Wright en route to a 31-24 loss.

Starting at noon tomorrow, there are will be six games featuring two top 25 teams which means it’s time to make sure your girlfriend has plans. Here the games you have to watch tomorrow: