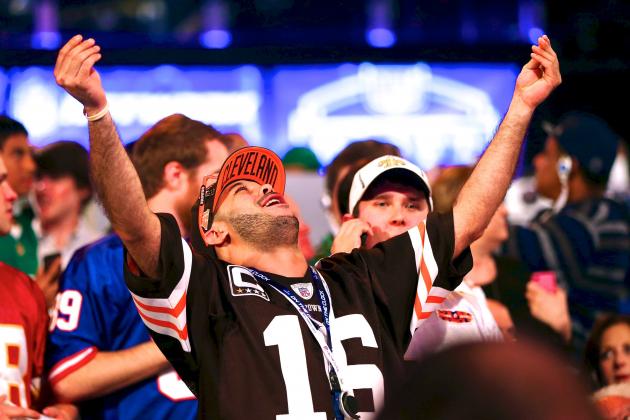 Ed Fitzgerald, a county exec in Cleveland, proposes that 20% of Cleveland’s 260 million dollar sin tax over the next 20 years is split based on team performance. Obviously this isn’t set in stone, it’s just a funny proposal. And a great way for Cleveland politicians to keep from getting bored. Let’s put 52 million up for grabs and see which team does the best! We hope it’s Johnny Sin Tax!

Here’s the details in a statement from the Cuyahoga county office:

“When the sin tax extension takes effect next year, FitzGerald’s proposal will continue to direct 80% of all sin tax revenues towards repair, maintenance, and improvement to ensure Cleveland’s three major sports facilities remain among the best in the nation. Using industry-standard measures for evaluating facility needs and maintenance, as well as the requests submitted by each franchise during the sin tax debate, Cuyahoga County will ensure that the FirstEnergy Stadium, Quicken Loans Arena, and Progressive Field remain top-tier venues for another generation.

The remaining 20% of sin tax revenues would be reserved for performance bonuses presented to the team or teams that perform well each year. The “Win Tax” bonus is designed to reward the organizations that commit themselves to giving fans a winning team and generating economic benefits for the Northeast Ohio economy. Based on projections of future sin tax revenues, the Win Tax bonus will make more than $50 million available for justified capital improvements”

What do you think? Might make it hard for Joe Haden to sit courtside at the Q decked out in Cavs gear…