Jimmy Haslam decided it would be a good idea to have a press conference today in Cleveland. Topics discussed included Ray Farmer’s text messages to the sidelines during games, not trading Josh Gordon, and the scouting team forgetting to research Johnny Manziel’s personal life before drafting him.

When asked about the latter, Browns owner Jimmy Haslam had this to say:

“I don’t know how much of Johnny’s personal life was known by everybody then,”

Apparently the Cleveland Browns don’t have the internet.

You hear about GMs hiring former FBI agents to look into every single detail of a 3rd round sleeper’s life before taking him. Johnny Manziel was a first round pick…that you traded up to select. You would think that every minute detail about Johnny’s life would be known before selecting him. 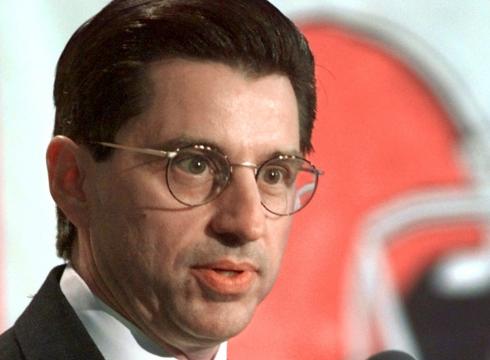 The Browns had former Secret Service member, Lew Merletti, on retainer to lead their investigative probes on prospects in the past. Looks like those days are over.

Either Jimmy Haslam is lying, or the Browns are the worst organization in the NFL. Probably both.