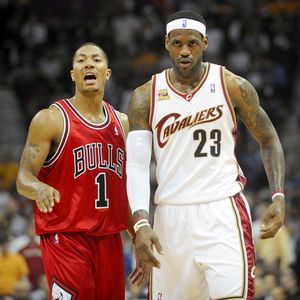 Great homecoming for LeBron last night. Was he nervous about his first game back in Cleveland? Probably. You know who would never use that as an excuse… Michael Jordan, but that’s a different conversation for a different day.

So the Cavs laid an egg against the Knicks, it doesn’t matter. The real season for both the Bulls and the Cavs starts tonight in Chicago in the first game of a rivalry that will be the best in basketball for the foreseeable future…. pending Derrick Rose’s knees.

Bulls vs. Cavs has it all — star power, regional animosity, big city versus little city. The headlines write themselves for this game. Here is a look at the key factors for tonight’s game: