Minnesota Vikings kicker Blair Walsh likely had the worst day of his life last Sunday when he missed a potential game-winning kick in the final seconds against the Seattle Seahawks in the NFC Playoff Wild Card round. Walsh received hate by Vikings fans on social media but not everyone got on his case.

A first grade class at Northpoint Elementary School in Minnesota sent him supportive letters and showed sympathy for Walsh’s mistake. Walsh returned the love by setting up a meet-and-greet with the students today.

Walsh answered questions from the students and gave the tough answers, such as the following:

Third question: "Do you have a guinea pig?" Walsh says his family has a poodle.

The entire story is a great example of the power of kindness. Walsh and the students had a great time because of empathy and human decency coming out of a very bad day.

Children confirmed more mature than many of us avid sports fans?

Here is some of the mail sent to Walsh by the kids: 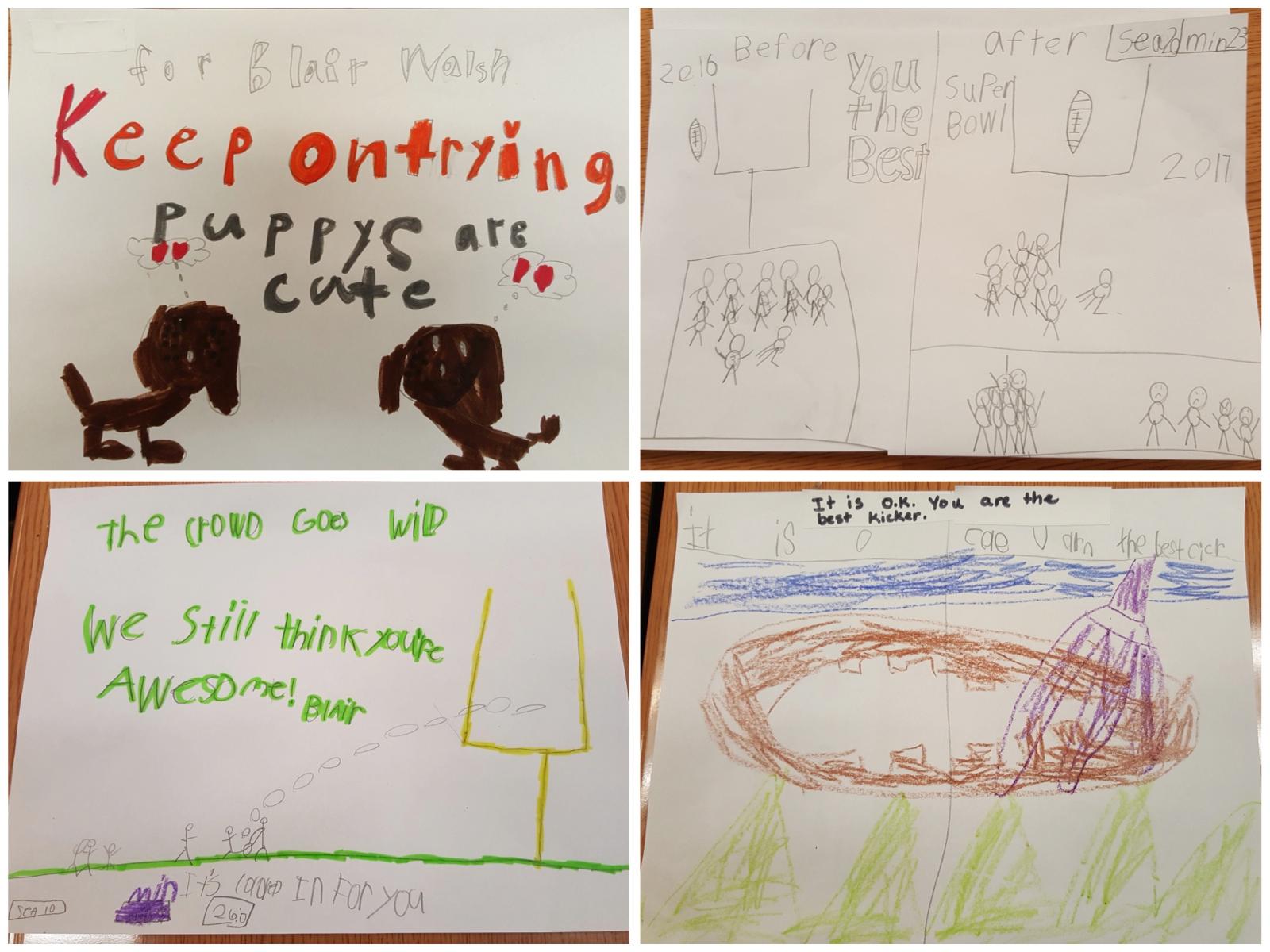