Want to follow in the steps of Cam Newton and win a National Championship at Auburn? You better like Beet Juice.

The Wall Street Journal reported today that in order to give the team an extra edge on the field, they chug beet juice on the sidelines. Does it taste as gross as it sounds? According to Auburn tight end, C.J. Uzomah, it does:

“The worst thing in the entire world. It is nasty.”

Results speak for themselves though as Auburn won four games last season while trailing in the fourth — including the worst moment in the lives of Alabama football fans since Robert E. Lee surrendered at Appomattox:

This isn’t the first time Auburn has a had a secret sauce on the sidelines to give them an edge late in games. Just ask Tracy Wolfson who got a face full of Cammy Cam Juice on national TV back in 2010: 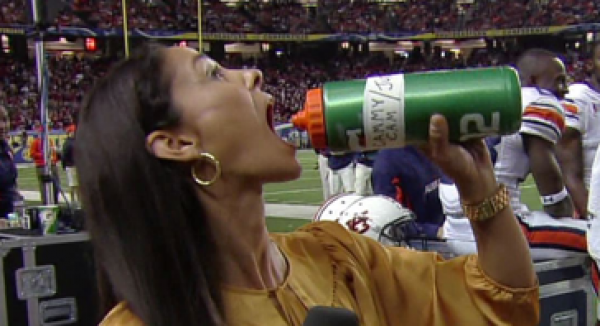 Tracy — I wouldn’t check the ingredient list on that one.